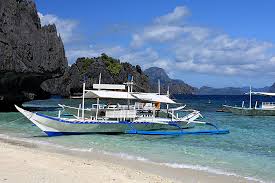 The Philippines has a very poor history when it comes to a loss of life by sinking ferries. Every time it happens the authorities say it will never happen again- but it does. The importance of sea travel is vital in the Philippines. The ordinary guy in the street may need to get to his neighboring island to work or to visit relatives and as the Philippines are 1000s of Islands the need for ferry  servicing is a must.

There are many RORO (Roll on Roll off) ferries for the bigger journeys, but for many tourist locations the wooden Banca is the horse of the sea. These carry tourist and locals along with supplies many times a day and the operator is forced to work them to the ground to make money. Those that should hold a set number of people for safety reasons are often seen carrying so many people that it is a surprise it ever gets going.

Of course, this is the same for the MRT and the Jeepneys, luckily it cannot be done on the airplane.

In 2002 the Philippine authorities estimated that there are round about one-half million of   motorized and non-motorized bancas in the Philippines (1). Typical for bancas (Tagalog: “Bangka”-larger boats are locally also referred to as “pump boats”) are the large outriggers made of bamboo which give to the boat the necessary stability. Bancas are part of the standard inventory of the Philippines like the Jeepney, the Narra-tree or the Sampaguita plant.

While the larger ferryboats and modern hovercraft ships (for example, the SuperCAT) as next higher classes are mainly operating between the bigger islands, the simpler and lighter bancas with less draught are more used in coastal areas. They transport products and persons and are used for fishing.

Bancas are relatively robust if they run to ground since they have no deep-set keel or a center board (sailing boat). But their maneuverability is relatively limited due to the flow resistance of the outriggers and the small oar blade. They are only partially ocean-going. Bankas can differ in degree of motorization, forms, sizes and colors.

They have a length of around three to thirty meters and are mostly built from native wood. It is reported from Bicol that there have been efforts to produce in 2005 with the help of government a prototype of a cement boat with reinforced concrete . The initiators expect to achieve lower production costs with such Ferrocement boats also by mass production, nonfire risk, and corrosion resistance. Practical experiences with this new type of boat are still missing. – Smaller bancas are regularly built from own experience without construction plans. It seems that official standards of security and general admittance regulations only exist for bigger tourist bancas .

There are smaller paddle-bancas. Children like to use them on the shore with amazing skill. Poorer fishermen have often only a paddle-banca. In the evening they are pulled out for fishing by motorized bancas. Sailing-bancas have become seldom nowadays. Sometimes they can still be seen in the Sulu sea used by the Badjeros. The sails can be very colorful and sometimes the boat is also a temporary accommodation for a family clan. Now and then bancas with only one outrigger can also be seen.

The power of motorized bankas reaches from 5 (type: lawn-mower engine) to over 100 hp (type: lorry engine). Mostly we find two-stroke engines. There are some reports, that many engines are not original seawater vehicle engines, but converted older – and sometimes not well maintained – engines of land transportation vehicles imported from America or Japan.

A very big banca can take up regularly more than 100 passengers depending on size, but the actual number of passengers can be many times higher. There is always the danger of overloading. If the buoyancy force is not sufficient, water can penetrate and the boat will sink. Overloading caused in the past, again and again, a lot of accidents.

While the poor fisherman is happy, if he can stretch out his legs in his boat and if he has a tarpaulin against the burning son, larger bancas often offer considerably more “luxury“. There are larger bancas with a control room, several sleeping cabins, toilet, satellite-phone, fish finder or a GPS system.